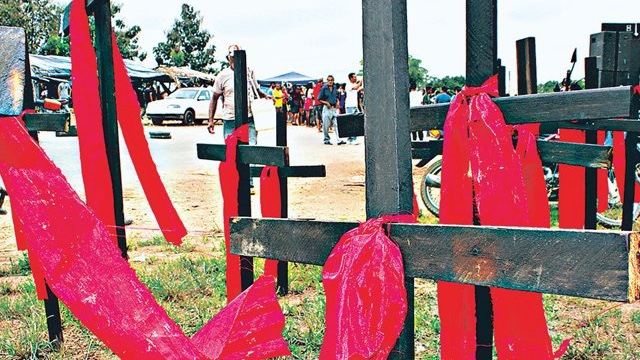 The investigation of the Pau D’Arco Massacre may stop in midstream if the Federal Government does not keep the Federal Police team in charge of the investigation at the site. Following the repercussion over the killing of 10 rural workers on May 24th, the Justice Ministry sent a Federal Police team to the southern region of the state of Pará to deal with the case. This led to the temporary imprisonment of 11 military policemen and 2 civil policemen involved in the killings. This week has begun with the police officer in charge of the case being absent because he is taking 10 days holiday leave and there is no guarantee that he will return to continue with the investigation.

The National Human Rights Council and the Brazilian Human Rights Defenders Committee have formally requested the government to ensure that the investigation continues. So far, strong evidence has been found that large-scale property owners in the region are involved in this and other crimes.

“There wasn’t the remotest chance of the military and civil police carrying out an impartial investigation, that’s why we asked for federal intervention. If the Federal Police leave the area without finishing the investigations, this may mean the end of the possibility of getting to those mainly responsible for the crime being committed. There is evidence of organized crime funded by the owners of large estates of land and involving the participation of public agents. This has to be investigated”, stated Darcy Frigo, chairman of the National Human Rights Council and member of Terra de Direitos.

So far this year, 18 rural workers have been killed in south and south-west Pará because of rural conflicts, according to statistics held by Comissão Pastoral da Terra (CPT). The situation is serious owing to the complete abandonment of the national policy on agrarian reform, in addition to the lack of an effective protection system for human rights defenders.

The coordinator of Justiça Global, Sandra Carvalho, recalls that to date the state of Pará has not implemented its human rights defenders protection programme. “To add insult to injury, the national protection programme has been abandoned and this increases even more the vulnerability of human rights defenders. The number of killings this year will outstretch those of 2016 if nothing is done”, Carvalho stated.