In 2007 Terra de Direitos, along with the National Association of Small-scale Farmers, Assistance and Services for Alternative Agriculture Projects, and the Brazilian Consumer Defence Institute, filed a Public Civil Action with the Federal Court of Justice in Paraná (ACP No. 5000629-66.2012.4.04.7000) questioning National Biosafety Technical Commission (CTNBio) criteria regarding approval of the cultivation and commercialization of the first transgenic maize in Brazil, called Liberty Link – T25, produced by the transnational company Bayer.

The approval was not based on the prior definition of norms and criteria of risk analysis or avoidance of contamination of non-transgenic species by genetically modified organisms, going against diverse scientific studies that demonstrated that such organisms could represent a threat to human health and the environment.

The lower court decision ruled that CTNBio must publish norms to ensure the co-existence of transgenic maize and non-genetically modified maize. This resulted in the publication of Normative Resolution (NR) No. 4. However, given that the Resolution was insufficient to avoid transgenic contamination, the four organizations filed another Public Civil Action (ACP No. 2009.70.00.021057-7).

Another practical outcome of filing the Action was the 4th Region Federal Court (TRF4) ruling in 2014 declaring null and void the CTNBio decision that had approved the use of Liberty Link transgenic maize, based on the absence of the assessment of risks arising from transgenic organisms in all Brazilian biomes.

In 2009, CTNBio published Normative Resolution (NR) No. 4, which deals with the minimum distances between plantations of transgenic maize species and those that are not genetically modified. The Resolution resulted from the court ruling on the Public Civil Action filed in 2007 regarding approval of the cultivation and commercialization of Bayer’s Liberty Link – T25.

Given the insufficiency of this Resolution in avoiding transgenic contamination, i.e., ensuring the right of farmers and consumers to cultivate and consume products free from transgenic organisms,  Terra de Direitos filed Public Civil Action No. 2009.70.00.021057-7/5020884-11.2013.404.7000 with the Federal Court of Justice in Paraná. Among the Resolution’s shortcomings is the fact that maize is a cross/open-pollinated species, i.e. strong winds or the action of pollinators with good flying ability, such as bees, can spread maize pollen over large distances. This means there is risk of contamination if studies are not performed on the differences existing in the diverse biomes and ecosystems, as well as climatic variables, i.e., wind strength and direction and the size of farming areas in some regions of Brazil.

The court ruling is decisive for the protection of the country’s environmental and cultural heritage, given that the environmental and sociocultural harm arising from increasing contamination would be irreversible for Brazilian society. TRF4 judge Vivian Josete voted in favour of the Action that presented technical evidence proving the inefficiency of the CTNBio Resolution that should have stipulated rules to avoid genetic contamination of native and conventional maize by transgenic maize. However, the position of the other TRF4 judges that genetic contamination would be tolerable prevailed. The court Action has not finished yet, but CTNBio NR No. 4/2007 continues in force and is the only norm that regulates physical separation between genetically modified and non-genetically modified crops. 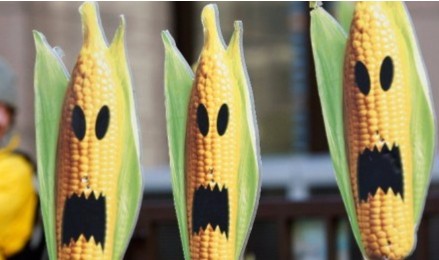