Cinema of Resistance: documentary about flower pickers that struggle to defend traditional territories

Released during the 2nd Festival das Apanhadoras, in Diamantina (MG), the record reports the move of monocultures and the limitation of flower picking. 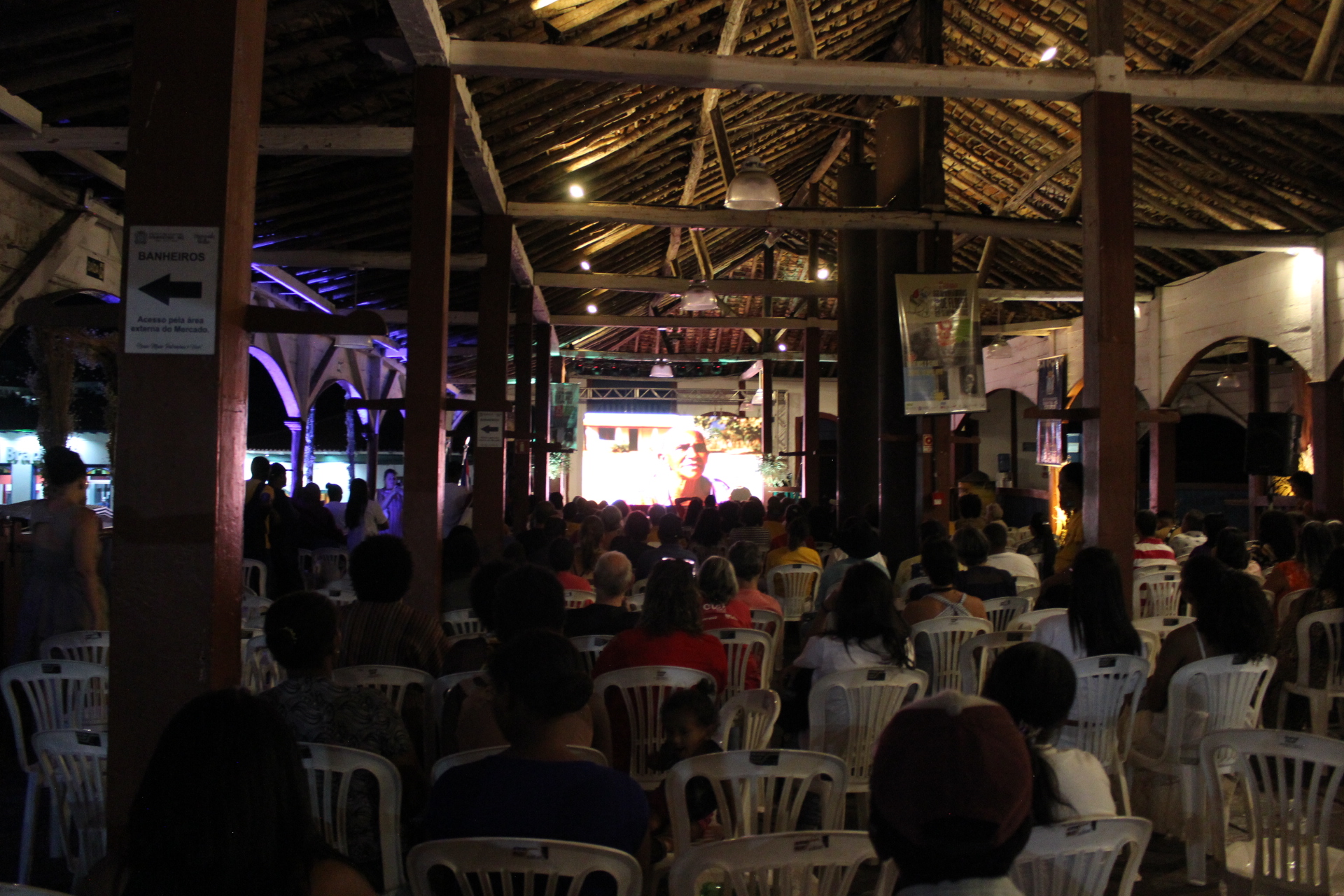 With a keen eye on the screen, the documentary "Serra Nossa, Sempre viva: protocolos de consulta das apanhadoras de flores" was released on the first day (14/09) of the 2nd Festival das Comunidades Apanhadoras de Flores Sempre-Vivas, in Diamantina-MG. Based on the pickers reports, the film tells the relationship between the communities and Serra do Espinhaço, the construction of prior, free and informed consultation protocols and struggles in the face of challenges for the perpetuation and protection of traditional territories. With the presence of about 250 people, the City Market in the city's Historic Center, a gathering point for traders, has become a true movie theater, full of memories, resistance, emotion and self-identification. The communities saw themselves on screen.

“Our communities have always lived in invisibility. To produce a documentary that tells a little about the history and struggle of a people is to give notoriety to them, and notoriety is the guarantee of the continuation of their traditional way of life", says Tatinha Alves, picker of sempre-viva flowers and technical coordinator of Commission in Protection of the Extractive Communities Rights ( Codecex ), which organizes the festival.

For the flower picker of the quilombola community Mata dos Crioulos, Jovita Correia – who is portrayed in the documentary – it is a moment of "very happy to see so many achievements made by our people in recent years. When I saw this documentary I remembered all our strength history and toil to guarantee our rights. It was a very exciting job".

The young people who participated in the first screening of the documentary were also moved by the testimonies brought up by the film. Mariangela Alves from the quilombola community picker of Vargem do Inhaí , who is one of the youngest who were interviewed for the documentary, says that it is beautiful to see the pickers reunited after so long when communities could not get together because of the Covid-19 pandemic.

"It's a moment of claiming rights, it's a moment of discussion and resistance strategies, but it's also a moment of union and celebration. The documentary tells a little piece of our history, and it's beautiful to see and hear people who are an example of the flower pickers' fighting strength".

In the documentary Mariangela tells in her testimony that it is not possible to fall into the conversation that only environmentalists protect the Serra. The 25-year-old brings an important speech about the perverse discourse of preservation that brings no regards to the existence of traditional folks. She reinforces the folks and communities are the ones that have made their way of life a true relationship of care and connection with local biodiversity.

The documentary also registers the last Festa da Panha held by the communities in 2019, before the pandemic. The community festival was held every year to celebrate the harvest made by the pickers. The party had an even more special character because it was the year the documentary captured this moment of the launch of the communities’ consultation protocols.

Terra de Direitos' legal counsel, Alessandra Jacobovski, emphasizes that the documentary shows how collective work is fundamental for the construction of a document that says how communities operate and should be consulted. The organization assisted in the elaboration of consultation protocols, jointly with Codecex .

"It's a collective work done by all communities. In this process of building the consultation protocols with the communities, they held several workshops that register their ways of life and traditional practices, the riches of their territory and more. The communities were able to decide how they want to be consulted and how they should be consulted in the face of any direct or indirect intervention. Terra de Direitos supports communities with the construction of consultation protocols precisely because they understand the importance of these mechanisms to ensure the rights of traditional folks through a totally collective method", highlights the legal counsel.

Fighting tools
The scenario of delegitimization and non-guarantee of rights by the Brazilian State to traditional folks and communities is also present in the lives of the flower pickers in Serra do Espinhaço. Among the 7 communities that already have consultation protocols, many have had to claim in court the land tenure regularization of their territories. Land grabbing, mining, improper studies and unexecuted public policies are just some of the examples of violations of rights in these communities.

The representative of the Public Prosecution, the Federal Attorney, Helder Magno, who was present at the launch of the documentary, emphasized the importance of prior consultation for traditional folks and communities. In April, the state of Minas Gerais released a Joint Resolution that regulates prior consultation in the state.

"This is a very important issue for traditional communities and we have to discuss it in depth. Convention 169 guarantees traditional folks that nothing can be done about the folks and their territories without prior consultation. We are experiencing a moment in Minas Gerais that a resolution tries to say how the prior consultation should be carried out, and that has no legal value".

In the collective assessment, organizations and traditional folks in the state, the proposed resolution was built without popular participation and directly violates several aspects of Convention 169 of the International Labor Organization (ILO), by creating guidelines on how the consultation should be carried out traditional folks, when there are public and private measures that impact their ways of life and territories.

According to the FAO representative in Brazil, Rafael Savalla , who was present at the Festival, this recognition brings with it two important aspects "it shows the work and efforts of the pickers for the preservation of flowers, sustainable work with the species and also a production of handicrafts that guarantee ecological sustenance for the families, in addition to that, the way the communities work generates a conscious agricultural consumption of those who buy the products of the pickers".

The film
"I still have passion" - the phrase by the flower picker Maria dos Reis Amorim, from Quilombo São João da Chapada, takes the audience to emotion in the last minutes of the documentary. The lady who was born and grew up seeing the sempre-viva fields gets emotional because she no longer has the strength to continue the practice that brings her so much joy. She remembers going up the mountain to harvest, always singing and smiling.

The Documentary is a 37 minutes production between Codecex and Terra de Direitos. The production addresses three very important points for the communities that pick sempre-vivas: their relationship with the territory where they live and Serra do Espinhaço; the fight for the land tenure regularization of the communities, which are being prohibited from practicing their traditional and sustainable activity because of the creation of Protected areas in the place and the construction of the Prior, Free and Informed Consultation Protocols, a right foreseen by the Convention 169 of the International Labor Organization (ILO), which aims to ensure that traditional communities are consulted on any changes that affect their lives or their territory.