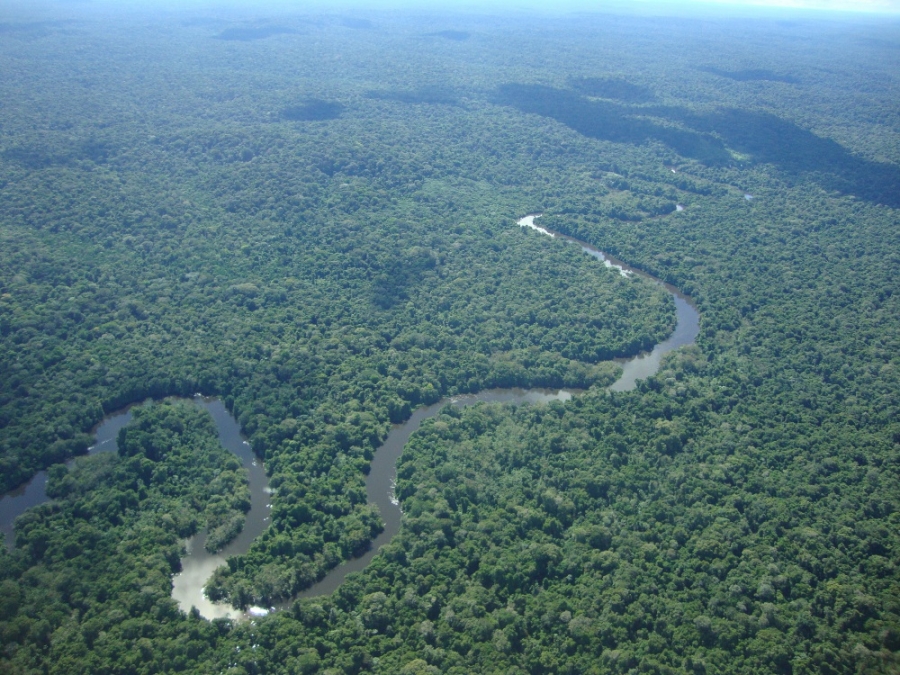 On September 12th, the Justices of the Brazilian Federal Supreme Court dismissed as inadmissible an appeal for clarification filed by Terra de Direitos regarding the Court’s ruling on Direct Unconstitutionality Action (ADI) No. 4717.

The appealed ruling was published in February 2018 and stated that the reduction of preservation areas in the Brazilian Amazon enabled by a temporary decree (Provisional Measure - MP) was unconstitutional. However, the Justices did not suspend the effects of the Measure, which intended to use 57,000 hectares of forest protection areas for building hydroelectric power stations. The lost area of protected forest is equivalent to 79,000 soccer fields or an area larger than the city of Venice (Italy)

In the ruling, the Justices considered that the reduction in the areas could not be annulled because the hydroelectric works were already underway. However, the appeal for clarification filed by Terra de Direitos - a legal mechanism for requesting that lacking or misgiving points in a court ruling be explained -, points out that in four of the seven reduced protection areas the projects that would have affected the land have not in fact been carried out.

Of the 11 Supreme Court Justices, only Celso de Mello, Edson Fachin and Marco Aurélio voted in favour of recognizing the appeal and reviewing this point.

Terra de Direitos’ legal advisor Pedro Martins points out the risks of this ruling at a time when the Amazon is the target of constant attacks, such as forest fires. “When the Supreme Court rules on other matters, such as Taxation Law, it considers the economic impacts of its rulings. However, no assessment has been made of the harm under Environmental Law caused by the reduction of these areas”. He also states that: “This ruling sets a precedent for the possibility of reducing the size of Conservation Areas by means of Provisional Measures, as now the rationale appears to be: their size cannot be reduced by a Provisional Measure, but if planning for a large project exists, their size can be reduced. This is strange, but it’s happening, such as in the case of reducing the size of the Jamanxim National Park to allow the Ferrogrão railway to pass through it”.

Provisional Measure No. 558 was issued by the government in 2012. It altered the size of three national parks, one protection area and three national forests, in order to enable that five hydroelectric power stations be built as part of the Tabajara Hydroelectric project on the Machado River, in the state of Rondônia. The Provisional Measure reduced the boundaries of the Amazônia, Campos Amazônicos and Mapinguari National Parks, the Itaituba I, Itaituba II and Crepori National Forests and the Tapajós Environmental Protection Area.

The Provisional Measure was voted on later that year as an urgent matter by the National Congress and was transformed into a Federal Law.

Also in 2012, the Federal Public Prosecution Service (MPF) filed both a temporary suspension of the Provisional Measure’s effects and also a claim of unconstitutionality by means of Direct Unconstitutionality Action (ADI) No. 4717.

Human Rights organization Terra de Direitos filed an Amicus Curiae brief so that it could provide the Court with information regarding territory disputes in the Conservation Units affected by MP 558.

The judgment of ADI 4717 by the Supreme Court began in August 2017, but the Court only ruled in April 2018 and this decision was only published in February 2019.

As a result of the reduction of the size of the conservation units, Brazil is failing to comply with international environmental preservation agreements it has signed. The reduction goes against the Paris Agreement and the Aichi Targets, a set of 20 proposals that seek to reduce loss of biodiversity globally.