Port building in the region of Lake Maicá in the municipality of Santarém-PA, is based on an agribusiness strategy for the outflow of soybeans from the state of Mato Grosso through Brazil’s northern region, in particular along the Tapajós-Teles Pires corridor.

Three companies intend to build port enterprises in the municipality. One of the construction works is the responsibility of the company called Empresa Brasileira de Portos de Santarém (Embraps) and the environmental impact report was published in October 2015. The building of other ports at the Lake is also expected to benefit the activities of the Algerian Cevital Group which operates in the agri-food business and is favoured by the plantations in Brazil’s midwest region. The third company to be benefitted is CEAGRO. Despite being defended as construction works for the development of the region, the port projects affect nine districts of the city inhabited by traditional communities who came to live in the urban area after having forced to relocate several times owing to the absence of public policies.

The proposed building of these undertakings is giving rise to the mobilization of social movements, traditional peoples and communities from the municipality of Santarém. Meetings, workshops, seminars, protest marches, petitions, as well as the intense filing of complaints with public authorities have resulted in Public Civil Actions against these companies and the public bodies responsible.

The case of the Private Use Terminal, under the responsibility of Embraps, is emblematic since its environmental licence has been suspended by a court ruling.  The lack of consideration given to the traditional people and communities who live in the Lake Maicá region by the company and by the Pará State Environment Department and disrespect of ILO Convention 169, have led to the Federal Public Prosecutor’s Office and the Pará State Public Prosecutor’s Office filing a Public Civil Action against Embraps, the National Waterway Transport Agency (ANTAQ), the State of Pará and the Brazilian State following formal complaints by the social movements.

A preliminary court order was granted suspending the environmental licensing process for the Embraps Private Use Terminal until such time as prior, free and informed consultation has taken place with the quilombolas communities and other traditional peoples and communities that will be affected by the undertaking. Despite an appeal to the 1st Region Federal Court, the court order was maintained and the port’s environmental licence continues to be suspended.

The granting of the preliminary court order led to the Federation of Santarém Quilombola Organizations (FOQS) starting a large community mobilization effort to draw up their own consultation protocol. The process of drawing up the protocol took around four months. Workshops were held in all 12 communities, FOQS leaders took a series of training courses and a final assembly was held with around 200 people. The final document was approved and submitted to the public authorities.

The Munduruku indigenous people from the Planalto de Santarém region, who will be affected by the port undertakings, also drew up their consultation protocol. The fishermen of the Santarém region have also begun the process of drawing up their own protocol. 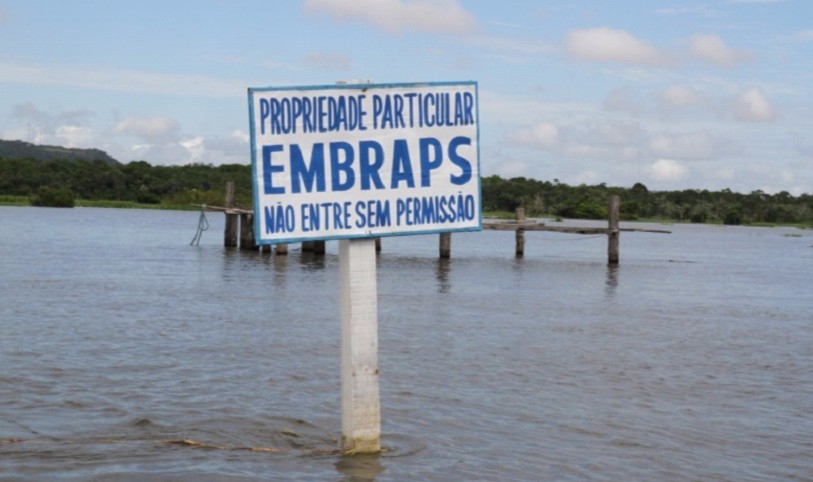 What really happens in the Amazon Forest
06/02/2020
A port stuck in the âmouthâ of the river
06/02/2020
Health center and quilombola school: the struggle changes life
06/02/2020
Amazon peoplesâ resistance will be shown in film at International Institute of Social Studies, in Netherlands
11/21/2019