Before the port arrives (if it does), the impacts already did 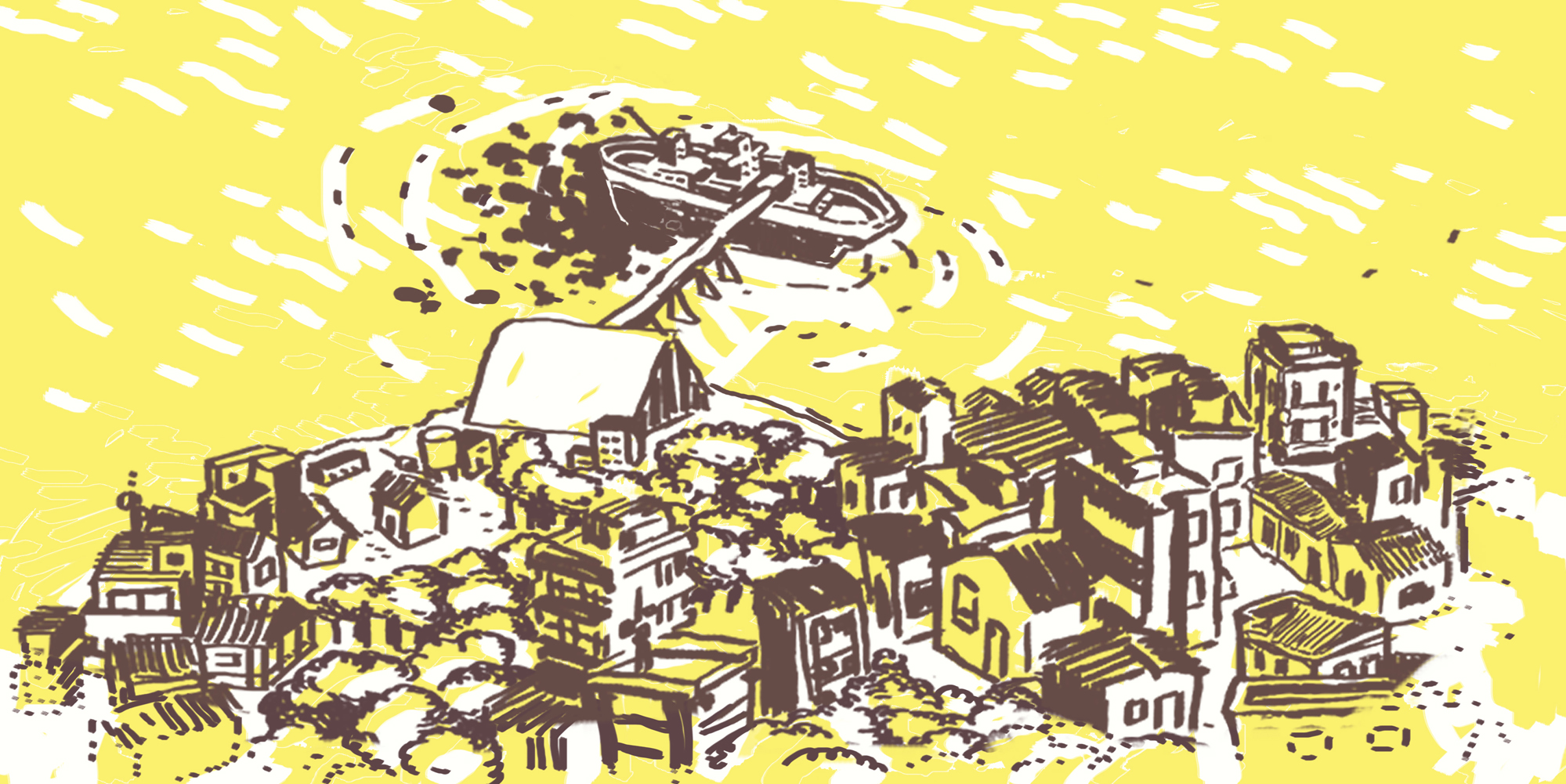 Nobody knows for sure: if they’ll leave or if they’ll stay; where to if going somewhere else; in which conditions if staying. It is a great insecurity and suddenly “owners” of all this land in which they live begin to appear. “Owners” who are not themselves and who weardly have never been there: someone pays a property tax as a way to claim that land and then the threats grow, you hear on the corners – Quilombolas are land thieves – but see the inversion: black people were the first ones to arrive, as well as indigenous people in other places, and it is always like that: the invader is the other.

STORIES
1) The siege explained on a map
2) A port stuck in the “mouth” of the river
3) [you are here] Before the port arrives (if it does), the impacts already did
4) Health center and quilombola school: the struggle changes life

Today, in Pérola do Maicá, the neighborhood where Embraps port will be installed, people live in fear. And one must always be alert, especially in a political moment when a President of the Republic is openly racist – they no longer care to hide it, and even those who have an institutional duty to defend the rights of the black population affirm absurdities such as – Brazil has “Nutella racism”. Real racism exists only in the USA. The negroes here complain because they are stupid and uninformed by the left parties (this was said by the then president of Fundação Cultural Palmares, Sérgio Nascimento de Camargo – the institution was created in 1988 to promote and preserve black culture in Brazil).

These are really strange times and perhaps the Embraps port – and the others in the Maicá region – won’t even happen: but the damage it brings arrived well in advance, they are there already, and Lídia de Matos Amaral, 38 years old, from the quilombola community of Pérola do Maicá, is the one who tells us:

she has already been in regions where ports were built. Stories very similar to what she and her quilombola companions and neighbors live today – It is very complicated. Violence will triple, it will change the whole peaceful lifestyle we have here, that will come to an end. The companies talk about compensations: entrepreneurs think that money can buy everything, but how to compensate for a destroyed way of life?, a forgotten tradition?, a broken connection with the territory? Even the little they promise – the supposed development and progress, jobs – even that is a lie: take a look at how many mega-enterprises have destroyed communities throughout Brazil and we continue without development, we have not progressed – Look at the port of Cargill for example: tell me how many Santarém citizens work there?, and perhaps this other port, that one of Cargill, installed irregularly without respecting the licensing processes, without caring for the local community, and which destroyed the Vera-Paz Beach, a former tourist spot and leisure area in Santarém, maybe it should serve as an example (to understand a bit os Cargill’s irregularities, click here): because that’s the way it is, and not as the false promises of businessmen and governments say, it’s an illusion. The only thing actually real is destruction – For us, the loss remains, Lígia knows that too well, she has seen it in other places, and there is the port of Cargill to remind us how capitalism actually “develops”.

Who also  knows that is Valda

[and not for nothing another woman, Lígia well knows that too – Women are on the front line, fearless and suffering many reprisals. So we have to strengthen ourselves, and it is a defense of the territory that is a defense of the bodies and bodies of others as well, of the daughters and sons, it is a deep connection, axé – And many women I’d met are no longer here today, the message has been sent [“it is the patriarchy”] – But they take one down and other five are up, even stronger, to continue this cruel and unequal struggle.] 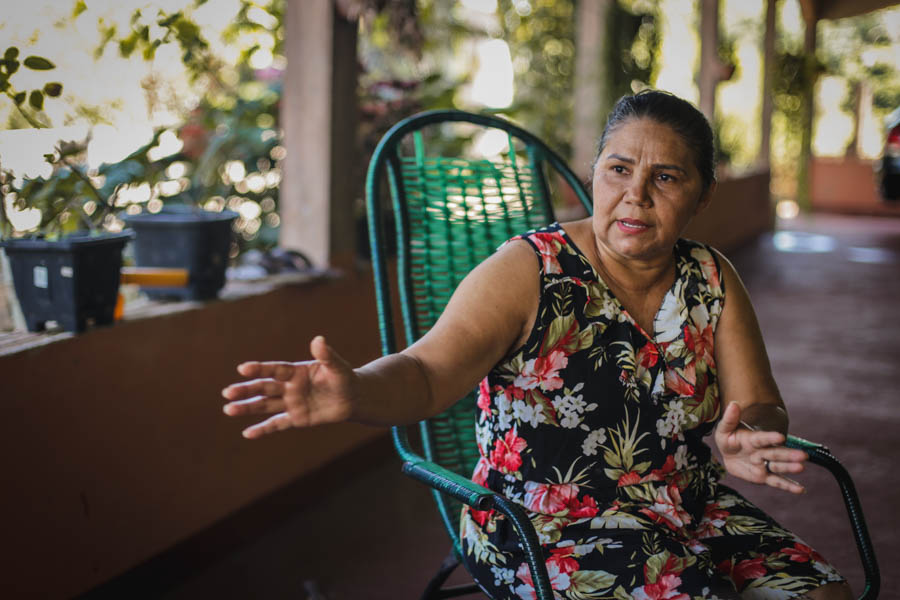 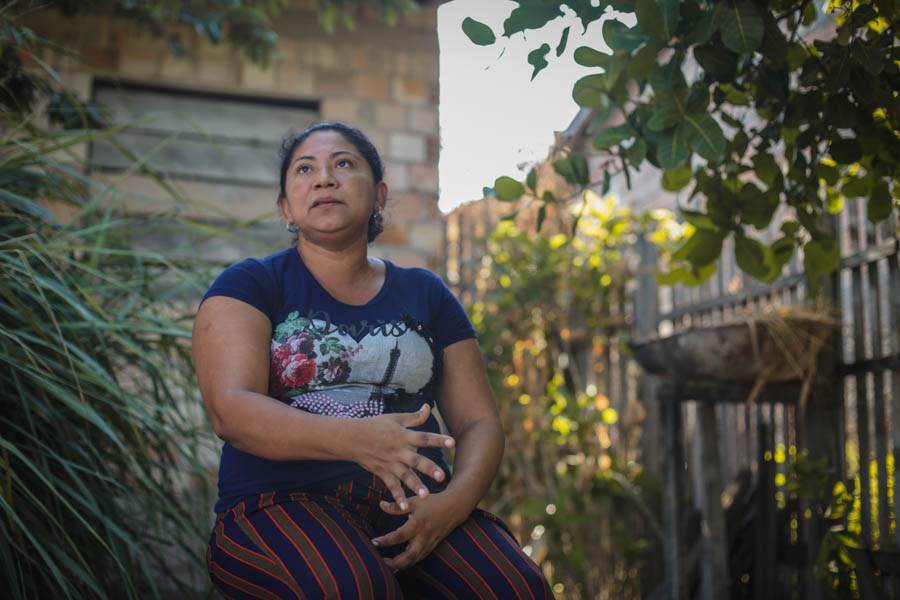 Valda (above) and Lídia, who live in the Maicá region, tell the stories of local resistance. Photos: Carol Ferraz / Amigos da Terra Brasil

Valda’s full name is Valdeci Oliveira Sousa. She’s 52-year-old. She is part of the CPP (Fisheries Pastoral Commission, in English) and is the president of the Pérola do Maicá residents’ association. She also already feels the impacts of the Embraps port – We’ve been felling the impacts for five years now, since we learned about the existence of the project: everything has changed, from the most basic, like the coexistence between neighbors – conflicts have increased, now there is distrust among the leaders, the harmony was broken. Suddenly, new neighborhood organizations were born – there are always those who are enchanted by the false promises of money and “development” – made to facilitate the entry of the project: the poison dripping through the arteries of the neighborhood, through the small clay streets, which will be expanded and they will pass over the houses if the port does go ahead, and families will have to be removed, in the neighborhood and in the quilombola community, but nobody knows yet where to – and even if the port is actually coming. Maybe it’s a “visagem”.

In addition, public investment in the neighborhood disappeared: the place has been forgotten for years, in a slow and painful process of expulsion – They need us to want to leave. So there is no more road infrastructure, no investment, we had a lot of difficulty last winter [which is the rainy season, December, January, February, when it’s summer in most of Brazil], the streets are full of holes and the bus line has reduced hours. That’s the message: – You are not going to leave? Then you will suffer.

1) The siege explained on a map
2) A port stuck in the “mouth” of the river
3) [you are there] Before the port arrives (if it does), the impacts already did
4) Health center and quilombola school: the struggle changes life